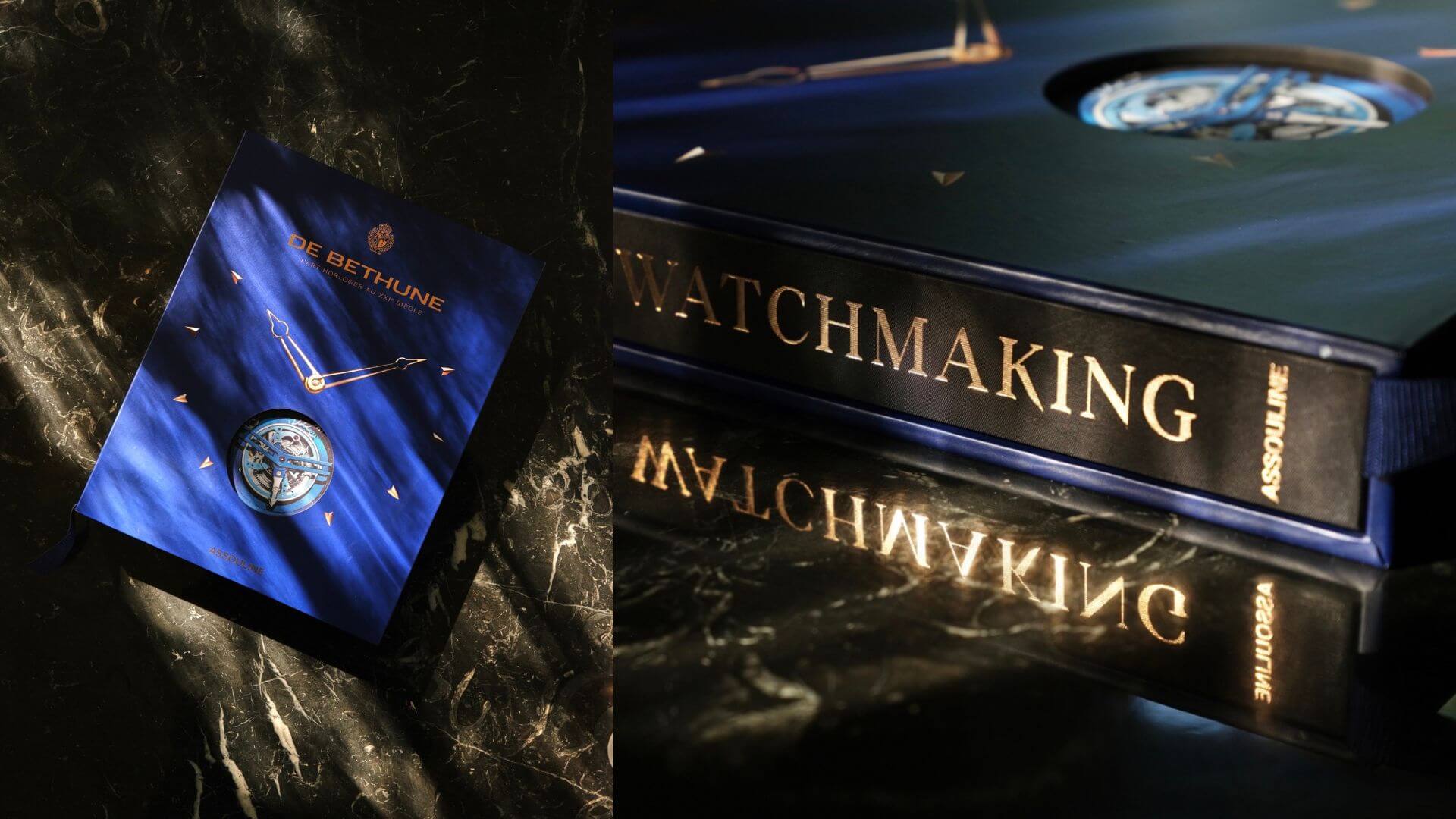 De Bethune: The Art of Watchmaking by Assouline

De Bethune: The Art of Watchmaking by Assouline

Twenty years ago, the haute horological world welcomed De Bethune. Showcasing the technical ingenuity of master watchmaker and co-founder Denis Flageollet, De Bethune immediately established itself as an outlier with a unique ability to blur the lines between traditional craftsmanship and contemporary design, mining history to create a brand both impossibly modern and technically advanced.

Flageollet’s objective has always been the glorious and elusive goal of chronometric perfection and no watch brand has been as disruptive as De Bethune. In just twenty years, the manufacture has unveiled thirty in-house movements in the most surprising way, by emphasizing mechanical simplicity and concentrating on the fundamentals of traditional watchmaking. Following this principle, De Bethune has built a collection of pieces with extendable designs capable of evolving over time through innovation and the brand’s research into emerging materials.

To maintain that level of excellence, the annual production of De Bethune has remained extremely low, ranging between 150 and 250 watches per year at an average (with price ranges between $45,000 and $300,000) making it one of the rarest and most exclusive watch brands in the world. By keeping the size of its collection stable, the Swiss-based company has the space to craft the most sophisticated and innovative watches possible and preserve an extraordinarily intimate link with its customers.

When asked what watch collectors in the next century will take from this golden age of timekeeping, you can say with certainty that they will recognize Denis Flageollet as one of the greatest horological minds of all time. To own a De Bethune watch is to have astewardship of an object with enduring totemic and historical significance. One of the world’s leading experts in collectible watches, Arthur Touchot is a former journalist who specialized in the luxury market. Having earned a master’s degree in journalism at Northwestern University, Touchot combined his love of watches and words by becoming a regular contributor to The New York Times and the Financial Times at the start of his career, later becoming senior European editor at Hodinkee. In 2017, Touchot joined Phillips to lead the global content and digital marketing strategy of the auction house’s watch department, where he has been involved in bringing some of the world’s rarest timepieces to auction. Touchot is also an Academy member of the Grand Prix d’Horlogerie de Genève (GPHG) and a documentary filmmaker whose work includes A Moment in Time (2020), about the renaissance of luxury watchmaking since the turn of the century.