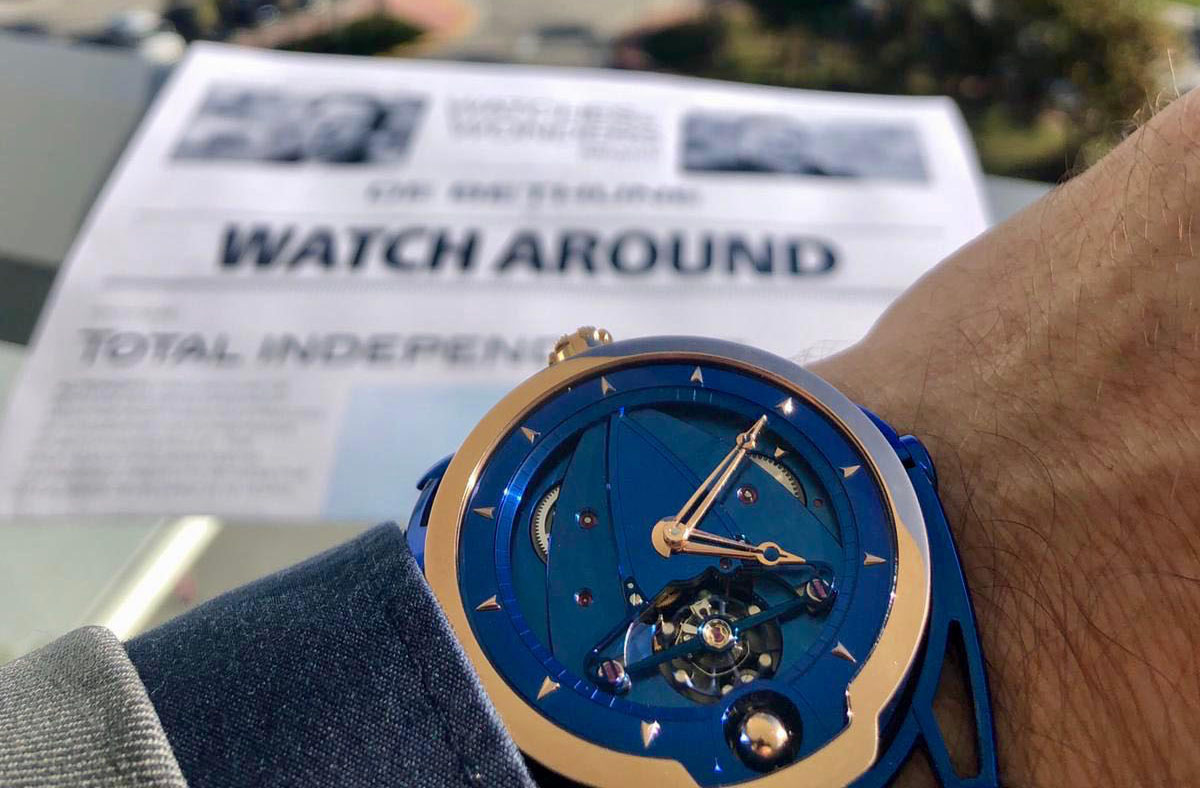 Only 10 numbered timekeepers, reserved exclusively for American clients, will be produced.


Miami. The Magic City. The omnipresent blue. The Atlantic, with shades ranging from turquoise along the beaches to open water blue in the distance. Downtown, with the deep blue waters of the canals and marinas. And the sky. The entire city is bathed in all hues of blue. It is no coincidence that De Bethune chose the famous DB28 Kind of Blue to celebrate the second edition of the Miami Watches & Wonders event.

The famous De Bethune blue. A color linked to the notion of infinity and harmony. As a tribute to this integral element of its identity, De Bethune unveils in Miami its iconic DB28 Kind of Blue timekeeper in a two-tone version with a case made of pink gold, creating a magical wholeness. A premiere for a very exclusive limited edition of 10 numbered timepieces destined only for clients in the US.

The hand and the fire

For its own blue, De Bethune uses a special technique that consists in tinting the surface by oxidizing it. It is based on a heat treatment invented in the 16th century to protect steel surfaces against corrosion. An expression of watchmaking excellence, it requires that each component first be meticulously polished before it is flame-heated by hand to create a natural, even and durable protective film while increasing the hardness of the component.

A number of fundamental inventions

On the inside, the mechanical caliber with manual winding is fully visible and integrates several fundamental technical inventions. The patented spherical moon-phase is positioned at 6 o’clock. Made of steel and palladium, it offers precision that varies by only one lunar day every 122 years.

At the heart of the watch, the high-performance escapement developed by De Bethune presents a silicon annular balance, encircled by a white gold ring and a balance-spring with a flat terminal curve that is exclusive to De Bethune. It is protected by a triple pare-chute shock-absorbing system. Power is accumulated and distributed through two self-regulating barrels, also developed by De Bethune. The power reserve indicator can be read on the back of the plate, which is decorated with special concentric graining. All the finishes are done by hand with a motion work bridge in polished titanium, bridges with “Côtes De Bethune” decoration and rose-work grinding on the barrel ratchets. The hours are indicated by skeleton hands on arrow pointers made of rose gold.

At once supreme and vibrant, the DB28 Kind of Gold, USA Limited Edition emits a singular radiance from the very material from which they are made. It truly advocates in favor of a color that casts a magical spell.