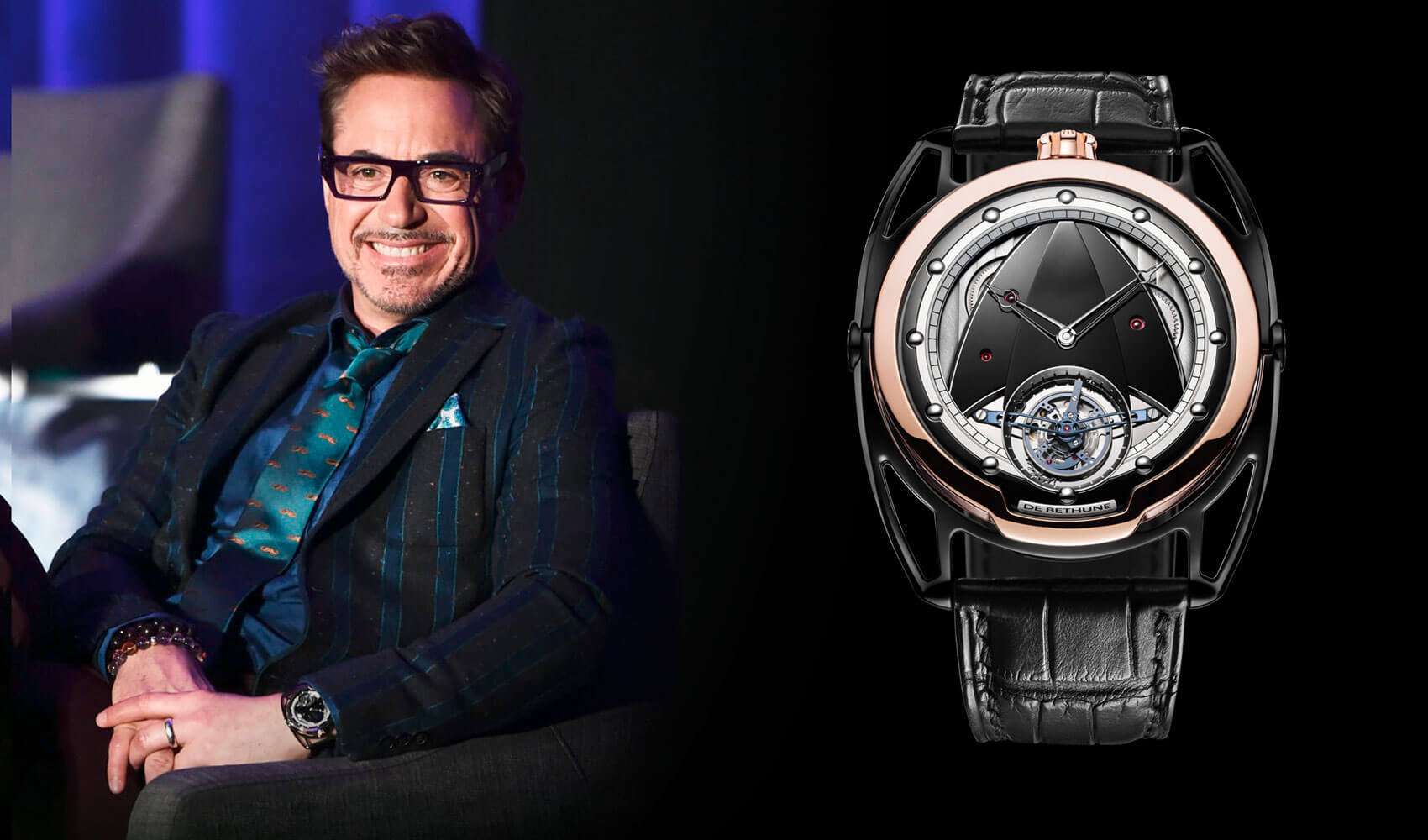 The American actor Robert Downey Jr, is a true connoisseur and fine collector of Haute Horlogerie. It was during his latest press conference to promote his newest movie "Avengers: Endgame" where he created the surprise by choosing to wear a De Bethune timepiece on his wrist.

A bold and voluntary choice by the actor who is today among one of the highest paid in the world, nominated for the Oscar for best actor in 1993 and who has been successful since then, by interpreting the superheroes of Marvel studios in the Iron Man trilogy as well as in the Avengers, Captain America and Spider Man movies.

Robert Downey Jr chose De Bethune for its watchmaking expertise, mastery of technique, the innovation of its timepieces and the brand's contemporary and instantly recognizable design - all those values that make it a hallmark and confidential brand recognized by connoisseurs.

Far from the usual marketing effects, it is precisely for all its authentic and intrinsic values that the actor chose De Bethune, not only for his appearance at the press conference of the film in Los Angeles on April 6, 2019, but also for his tour with the film crew travelling currently in Asia.

Robert Downey Jr wears the DB28 Tourbillon watch from De Bethune, which is probably the lightest and fastest tourbillon in the Swiss industry. He has also chosen a second De Bethune watch with the Dream Watch 1.